It's been more than 18 months since I updated this page, but I suppose late is better than never! Summer has arrived fully in Cambridge this week, with temps in the low 20s (that's the mid 70s to Yanks), but it feels even warmer than that in the sunshine. We've been busily planting flowers in our back yard, and generally sitting outside and enjoying it. I'm sure the beaches, parks, etc in the UK are rammed with people today, so it feels nice to relax at home in the peace & quiet!
Posted at 17:21 4 comments: 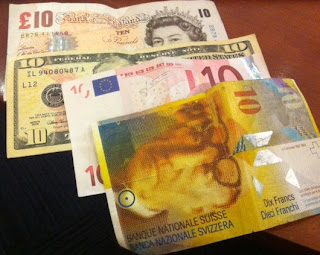 I'm about to return to the UK after two weeks on the road which have taken me through two weddings and four currencies. I flew from the UK to Geneva, where I picked up a rental car (and Am & Paul) to drive to Scott & Freddie's wedding in Villard de Lans, France. After an amazing time with the A-side crew I got a few relaxing days with Helena, my love, back in Geneva.

From there I flew 'home' to Boston for Chris & Laura's wedding in Milton, back where it all started. After another lovely service and fantastic party (and after-party, and after-after-party) I spent a nice couple of days with friends and family before ending up here in Logan, preparing to fly 'home'.
Posted at 02:35 No comments:

Well, London 2012 is wrapping up today, and I have to say that I've been caught up in Olympic mania more than I ever have before. The teams I've been rooting for made it easy: USA has won more than 100 medals (44 gold, at least one more almost certainly coming via the Men's Basketball), Team GB sits comfortably in 3rd place in the gold count (28), headlined by amazing stories like Mo Farrah's 5K/10K double, and even Ireland's Katie Taylor won a lightweight boxing gold.

But even more fun than that has been seeing how awesome London has been as a host city, and how much fun Brits have had at the games. Jonathan Freedman summarizes it beautifully in an op-ed in the Guardian: Britain in 2012 is a multi-cultural place to be proud of, full of people who can achieve great things, and dancing, smiling, shouting volunteers helping to make it happen.

Before the games started the overwhelming sentiment was about how LOCOG, or the government, or British ambivalence, or the weather would ruin the games. The feeling now that it's over is succinctly summed up by a facebook post from a friend of mine: "Back in London after 10 days away and complete strangers are talking to each other on the train. What's happened????!!"
Posted at 14:44 2 comments:

The long wait for my second post on GTD is over (I'm looking at you, Scottogroom). It's been nearly a year since I tried GTD and quickly fell off the wagon. I'm planning to give it another go in earnest soon, but even without the full system I've incorporated a lot of useful ideas into my daily life. Read more about it over at my work blog. You can also add our RSS feed to your web-o-stream if you care what I do all day.
Posted at 13:00 No comments:

I've now twice had to deal with Mac OS 10.7.4 (Lion) having real problems with connecting to either of the two wifi networks at the University of Geneva. One is a standard setup with a captive portal, and the other is the EU shared "eduroam" infrastructure. In both cases Lion's handling of certificates gets somehow messed up (the web has many opinions but no obvious solutions as far as I can see). Anyway, after twice spending an hour searching for a solution the only thing I've come up with so far which seems to work (but then again, ask me tomorrow) is:

C'mon Apple. Sort yourselves out!

UPDATE: This doesn't actually seem to work all the time. I did finally find a more technical explanation of what exactly is going wrong, as well as another solution (currently working) here.
Posted at 16:34 No comments: 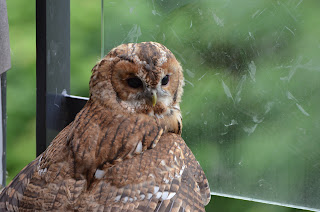 I was making coffee and toast this morning when I heard some thrashing outside on the balcony. Imagine my surprise when I saw this fellow peering back at me. I'm not sure what drew him to my porch, but he couldn't manage to get back out again. He kept hopping up in the air and trying to flap through the glass at the edge (you can see some smudge marks from previous attempts in the photo).

Initially I wasn't sure whether he was injured or just confused, but eventually I decided (after some remote teleconferencing with Helena) that I needed to mount a rescue operation. I donned a hoodie and some leather gloves and tried to get him to climb onto a roughly 2.5m piece of metal tubing I had handy. After a few evasive hops, he acquiesced to sitting on the end of the pole while I lifted him over the glass. He sat for a moment, swiveled back to look at me (I imagined a silent 'Thank you.') and then flew off.
Posted at 22:43 2 comments:

I took a bad position in the currency markets

Yesterday I withdrew 10,000 Malawian Kwacha (about £40) for walking around money. Today the president announced the currency was being devalued by 1/3. Oops.
Posted at 09:47 No comments: